In her fifth decade of writing songs and performing, Janis Ian won her second Grammy Award of 9 total nominations in 8 categories over the years! Her 2013, presented at the 55th Annual Grammy Awards ceremony, is for Best Spoken Word Album for her audio book “Society’s Child” (Audible.com).
Janis Ian began her professional life at the age of 12, when she wrote her first song and was published by Broadside Magazine. That led to her first “real” show, at New York’s venerable Village Gate, where she shared a stage with Tom Paxton, Louis Gosseb Jr., Phil Ochs, and a host of other singer-songwriters.
At 14, she wrote “Society’s Child,” the name of her self-penned autobiography (Tarcher/Penguin). In addition to the Grammy, the audio version also recieved an Audie Award, the audio book industry’s version of the Grammys.
Her most recent accomplishment is the audio book for another woman’s autobiography, The Singer & The Song, by Medical Mission sister Miriam Therese Winter. The audio book, published by Audible Books, is narrated & sung by Janis Ian. It has already been honored with an Audiofile Magazine “Earphones Award”.
“At Seventeen” became her trademark song and, along with the album on which it debuted, “Between the Lines,” it earned 5 Grammy nominations and two wins including Best Pop Female Performance and Best Engineered Recording. The song has since joined “Society’s Child” in the Grammy Hall of Fame. “Love is Blind” then went double-platinum in Japan.
She expanded her literary horizons last year with a children’s book based on her song “The Tiny Mouse” (Lemniscaat Publishing). The book was illustrated by multi-award-winning Dieter & Ingrid Schubert (the first time they ever illustrated anyone else’s words!) and includes a CD so children can sing along.
Music and Lyrics are about life experiences and, as Janis’ Life has been full and colorful, so have her songs as evidence by multiples awards, Grammy, and Dove Award nominations and commendations. Her songs have been recorded by singers as diverse as Cher, John Mellencamp, Celine Dion, Hugh Masakela, Nana Mouskouri, Charlie Daniels, and Roberta Flack.
As always one to follow her heart and her beliefs, Janis was on of the first celebrities to come out publicly. She and her partner of 25 years were formally married in Canada in 2003, the only place where gay marriage was legal at the time. Her roller coaster has taken her to Nashville, her home for the pat quarter-century, where she thrives with new product on her own Rude Girls Record label, ongoing touring, and perpetual and prolific songwriting.
Her current projects are the audio book of Patience & Sarah, the award-winning (American Library Association) classic piece of historical fiction about two gay women, which is co-narrated by actress Jean Smart, and Kirinyaga, by Mike Resnick, where Janis as narrator assumes the role of an elderly Kikuyu mundumugu. 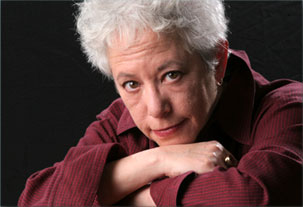