Steven White (Stage Combat and Supervising Producer of the Harold Clurman Lab). Mr. White was one of the pioneers of American instruction in Stage Combat. Beginning his career in 1970 at the Oregon Shakespeare Festival. Throughout his forty eight year career, he has worked at most of the major professional theaters in America such as the Southcoast Rep and the Denver Center.  For The Public Theater and the New York Shakespeare Festival, his fight work has been seen in 32 productions including Julius Caesar with Jeffrey Wright, The Taming of the Shrew with Alison Janney and Jay O. Sanders, Macbeth with Alec Baldwin, King Lear with F. Maury Abrahams, and Cymbeline with Liev Schreiber and Michael C. Hall, whom Mr. White trained at NYU Graduate Acting. His favorite Broadway credits include The Pillowman, Bombay Dreams, Uncle Vanya, A View from the Bridge, Golden Child, The Lion In Winter with Laurence Fishburne, All My Sons, as well as Shogun: The Musical (Associate Director). For Princeton, New Jersey’s McCarter Theater, he has worked on six productions including The Convert, a play by Danai Gurira of “Walking Dead fame”.  Ms. Gurira was his student at NYU’s Grad Acting Program where Mr. White has been the resident Stage Combat teacher for 30 years.  Mr. White spent 11 seasons at American Conservatory Theater, where he began his teaching career in 1972.  For 30 For the Stella Adler Studio, he teaches stage combat and is the Supervising Producer of the Harold Clurman Lab Theater Company.Recently, he staged the sword fights in Edwaard Liang’s Romeo and Juliet, the Prokofiev score.  They have presented the work twice for the Tulsa Ballet as well as for BalletMet in Columbus, Ohio where Mr. Liang is the Artistic Director. 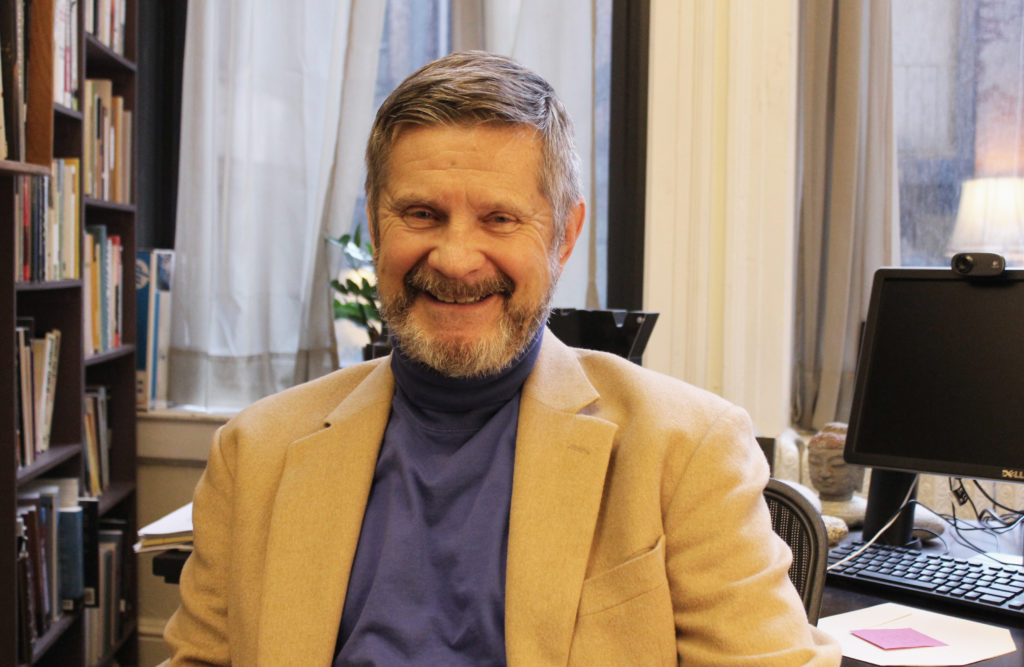