Beto O’Byrne is a multi-ethnic artist artist from the pine forests of northern East Texas is the co-founder of Radical Evolution, a multi-ethnic, multi-disciplinary producing collective based in Brooklyn, NY. He holds a BA in Writing from Northwestern State University in Natchitoches, Louisiana and an MFA in Dramatic Writing from the University of Southern California. He began his experience as a leader in the theatre profession as Artistic Director of Austin Latino Theater Alliance, where he created the ALTA Performing Arts Showcase and directed La Pastorela, and annual Chicano holiday theatrical that collaborates with artists, community members and most of the city’s Latino arts organizations.

As a working playwright, he has penned over 14 full length plays written and has been produced in San Antonio, Austin, Los Angeles and New York City. He was a runner up for the National Latino Playwriting Award and a participant in the Texas Black and Latino Playwriting Festival. He has also worked with theatre for young audiences, creating plays and working with 52nd St. Project and The Strassburg Institute, which produced a full production of his adaptation of Peace Child.

He is an alumnus of INTAR’s Maria Irene Fornes Hispanic Playwrights in Residence Laboratory, Lincoln Center Theater’s Director’s Lab, and has been twice funded by the Jerome Foundation to attend residencies at the Tofte Lake Arts Center in Ely, MN. His collaboratively created play The Golden Drum Year, based on 365 poems he wrote in 2011, was produced by Radical Evolution in association with the University Settlement in Fall 2015.

In addition to his work as an artist, O’Byrne passionately supports the larger theatre field as an arts administrator and advocate, working as an Artistic and International Programs Associate for Theatre Communications Group, co-founding La Cooperativa of Latin@ Theatre Artists of NYC, and participating as a steering committee member of Latino/a Theatre Commons. www.betoobyrne.com 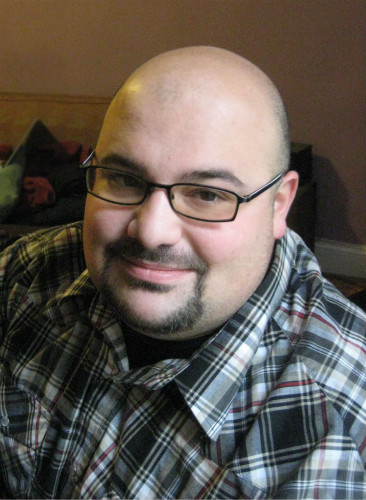