Verónica Baca is an actor, singer, dancer based in NYC originally from Albuquerque, New Mexico. She is currently finishing her final semester of the two-year evening conservatory at the Stella Adler Studio of Acting. She has a BA in Theatre which she completed in three years at the University of New Mexico. Some of her favorite roles include Adela in The House Bernarda Alba, Wednesday Addams in The Addams Family Musical, Ariel in Footloose, Penny Pingleton in Hairspray, and Heather McNamara in Heathers. In 2019, she completed the three-month training program at Broadway Dance Center with a focus in Musical Theatre Jazz. During the pandemic, she started her own, small, art business mainly focused on digital drawings. Three/four days out of the week she can found streaming on her Twitch channel: Twitch and Tea with Vernushy, where she plays video games and drinks tea! Instagram: @vernushy 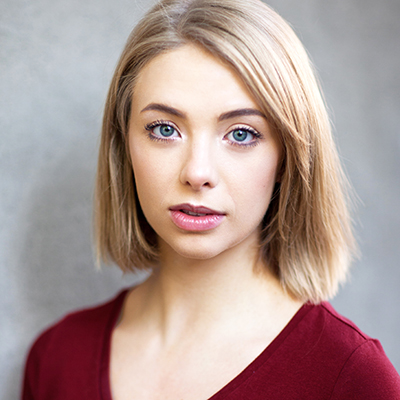