Sophie Vincent is a New York City based actor, singer, writer and theatre maker born and raised in New Zealand. The recent NYU graduate trained at the Stella Adler Studio, Stonestreet Studios in NYC and Actors Centre Australia in Sydney. The pandemic certainly hasn’t halted her creativity, co-writing and performing If I Only Could at Playwrights Horizon Theatre School in April 2021, along with several short films including The Madness of Art: The Theft of Art Pt2 directed by Alyssa Rallo Bennett and The Radish directed by Jennifer McCabe. Theatre credits include: Brontë, The Winter’s Tale and Blue Stockings at the Stella Adler Studio; Vinegar Tom and Constellations at Playwrights Horizon Theatre School and Update at the NYC Fringe Festival. Having sung at Carnegie Hall and performed various types of theatre in NYC, Sophie is up for any challenge. She plans to continue creating creative work for herself in NYC. Her website is: https://www.sophievincent.com 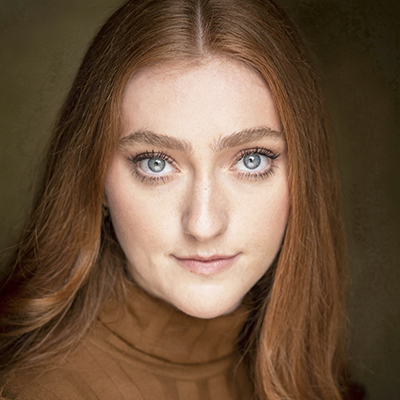