Michaela Obro-Ababio, a Ghanaian-American actor, holds a BFA in Drama from New York University’s Tisch School of the Arts, with training from the Stella Adler Studio of Acting. Michaela is a recipient of various NYU accolades including the “Beth Turner Award” and “Outstanding Achievement in Studio Award”. Michaela is very passionate about telling stories that amplify voices that are often silenced within our society; stories that illuminate humanity.

Her most recent role was her portrayal of King Richard II in William Shakespeare’s “Richard II” at the Stella Adler Studio of acting. When not acting, Michaela enjoys reading, skateboarding, and drinking chai tea. 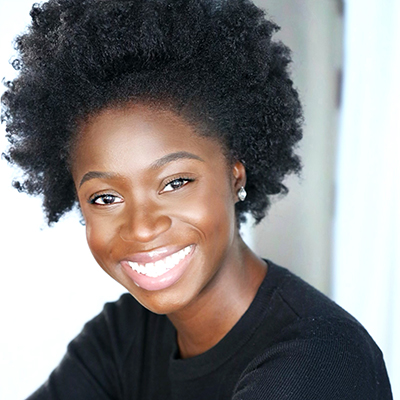