Born and Raised in Guadalajara, Mexico, Kevin developed a passion for film as a young boy. His parents worked vigorously in a jewelry store next to a movie theater, and he spent hours watching movies, learning dialogues and mocking scenes from a variety of films.

From an early age, he worked after school in various jobs, which ingrained in him a deep understanding of the human condition in raw form. At the age of 15, he began a career in boxing, instilling in him the value of discipline and hard work.

He decided to pursue his dream of being an actor; joining Casazul Conservatory in Mexico City where he found his passion and love for the art of acting. After graduating, he relocated to New York City to begin his journey at the Stella Adler Studio. There he found a new home, discovered a deep connection and passion for Shakespeare. The study of Shakespeare allowed Kevin to develop a new way of approaching both contemporary and classical characters, uncovering a deep sense of empathy and love for humanity.

Kevin is looking forward to sharing his work with the industry and hopes to use his craft to inspire audiences, encourage them to find empathy for humanity and be willing to dare for change in society. 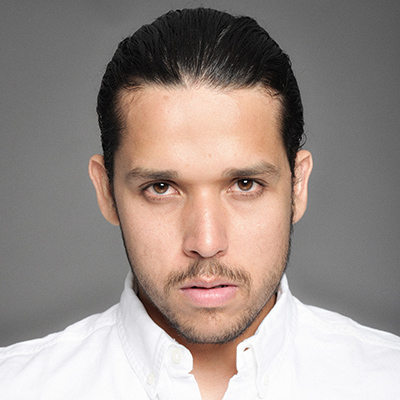