A Midwestern native, Dylan Baxter moved to New York City to study at the Stella Adler Studio of Acting where he is in his final year of the conservatory program. An actor for more than 10 years, Dylan has played many diverse roles including most recently George in All My Sons (Stella Adler Studio of Acting). For two seasons, he was in the cast of the Outdoor Drama, Tecumseh! in Chillicothe, Ohio. His undergraduate program at Carthage College had a focus on new works, giving Dylan the opportunity to originate roles in new plays by Keith Huff (Up the Hill) and Regina Taylor (A Seat at the Table). Dylan is slated to appear this summer as King Leontes in The Winter’s Tale (Stella Adler Studio of Acting).

Dylan lives in Brooklyn with his wife, Emma, and their dog Charlie, a Great Pyrenees mix who loves long walks to Prospect Park. 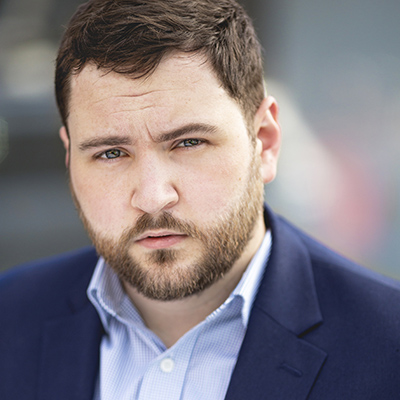