Chris Rothbauer is a native Texan, New York based actor who fell in love with acting at a young age by reading books out loud to his family. He holds a BFA in Theatre from Texas State University, and has worked in the San Antonio and Dallas/Fort Worth areas. Favorite roles include Max in Superior Donuts, Berowne in Love’s Labour’s Lost, Young Marlow in She Stoops to Conquer, and Cinderella’s Prince in Into the Woods. At Stella Adler, he’s played the title role in Oedipus Rex, Dr. Jim Bayliss in All My Sons, and King Claudius in Hamlet. He is currently in preparation to play Joe Alsop in The Columnist for his final show before graduation. When not at Stella Adler, he reads new work with The PlayGround Experiment, enjoys cooking, and working on his chess game. 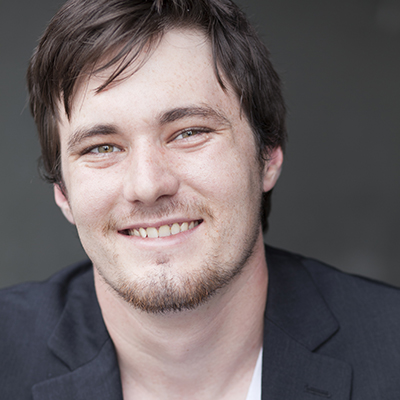