YEAUXLANDA KAY (Yolanda K. Wilkinson) has been called ” one of the country’s most respected and talented spoken word artists” by Playbill, “charismatic and funny” by Dan Bacalzo of Theatermania and “Brilliant” by Inside New York. She appeared in the New York Neo-Futurists’ production of LOCKER #4173b, winner of the 2011 NYIT Award and called “smart” by The New York Times. She has performed at The Public Theatre, Lincoln Center, Cherry Lane, Manhattan Theatre Club, Classical Theatre of Harlem, The National Black Theatre Festival, and The New Black Theatre Festival with Suzan Lori Parks and Lynn Nottage. She toured the nation with the poetry trio, The Morrigan in 2000 and 2001, was the 2001 VH-1 Slam Champion and 2002 MTV Slam Finalist.

Her first solo play, Untitled & Unfinished, was  seen in festivals all over the country, including The Downtown Urban Theater Festival, The Los Angeles Women’s Theater Festival and The ASPEN COMEDY FESTIVAL 2004. She aired on The Peabody Award-winning, Russell Simmons’ HBO Def Poetry Jam, (seasons 3 & 4). She can be seen in the HBO film Undefeated directed by and starring John Leguizamo and What Goes Around, winner of Best Urban Film in The NY Independent Film Festival. She played the role of “Fee” in Mac Rogers’ Sovereign, a part of the Honeycomb Trilogy, a New York Times and Time Out NY Critic’s Pick and New York Times and Guardian’s Best Theatre of 2015.

Her trilogy of one acts, Mythology, made its debut at the Nuyorican Theatre and then moved on to a SMOKIN’ WORD studio presentation at The Manhattan Theatre Club.  Commissioned by the Kerry Campaign, she wrote Bushwackin’, which made its premiere in September 2004. She is a co-writer and artist in History of the Word and Union Square Project, which opened during Crossroads Theater’s 2004-2005 seasons and Genesis Playwrights’ Festival, respectively.  She was one of eight poet/actors to be in residence at Kennedy Center. Her play Hue was accepted to the National Black Theatre Festival’s Readers’ Theatre. Her play Inheritance was a part of Primary Stages’ Playwright’s Festival and presented by Red Harlem Readers. Her play, The Story of Ron & Thoto was considered for a Sloane grant in 2011.

She has also been a New York Neo-Futurist since 2005. She can also be heard as the voice of “Sarai” in the podcast play, Acirfa by Aja Houston on Play x Play. She was a guest on John Fugelsang’s TELL ME EVERYTHING on SiriusXM Insight to discuss her solo play BIBLE STUDY FOR HEATHENS (nominated for a NYIT award for Best Solo Performance) which ran at Judson Memorial Church where she was called “captivating” by New York Theatre Review and a “masterful storyteller” by Theatre Is Easy. She recently wrapped the first season of EXTRA ROOM, a new comedy web series due out in 2021. She is the creator and host of THIS COULD BE US BUT YOU KEEP VOTING REPUBLICAN podcast, (PANDORA, APPLE, SPOTIFY). And she co-hosts “Self-Care For Creatives” for The Sacred Art Society on CLUBHOUSE. She is more than honored and excited to be a part of the Stella Adler Studio community. 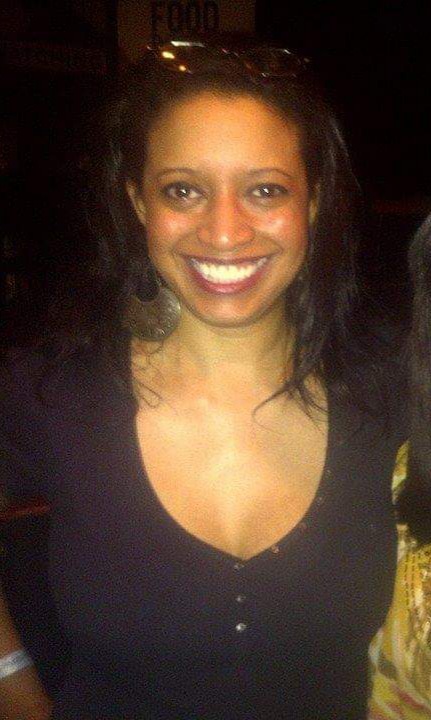