Rhonda Fleming (August 10, 1923) is an American film and television actress. After being discovered by Hollywood agent Henry Willson and appearing in several uncredited roles, she received her first substantial part in Alfred Hitchcock’s Spellbound. She went on to costar with Bing Crosby in her first technicolor film, A Connecticut Yankee in King Arthur’s Court, in 1949.

In 1953, Fleming portrayed Cleopatra in Serpent of the Nile. In 1955 she appeared in the Western Tennessee’s Partner, in which she played Duchess opposite John Payne as Tennessee and Ronald Reagan as Cowpoke. Tennessee’s Partner was one of several movies Fleming made as Ronald Reagan’s co-star, including Tropic Zone, The Last Outpost and Hong Kong.
Among Fleming’s subsequent cinematic credits include Fritz Lang’s While the City Sleeps (1956), Allan Dwan’s Slightly Scarlet (1956), John Sturges’s Gunfight at the O.K. Corral (1957), and The Big Circus (1959). Her most recent film was Waiting for the Wind (1990).

During the 1950s and into the 1960s, Fleming frequently appeared on television with guest-starring roles on “The Red Skelton Show,” “The Best of Broadway,” “The Investigators,” “Shower of Stars,” “The Dick Powell Show,” “Death Valley Days,” “Wagon Train,” “Burke’s Law,” “The Virginian,” “McMillan & Wife,” “Police Woman,” “Ellery Queen,” and “The Love Boat.” 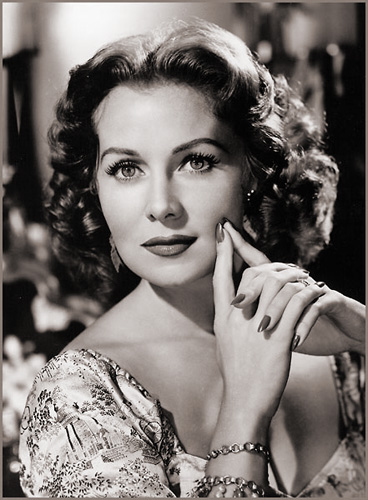