Kate Valk is a theater artist working in experimental theater productions. For over thirty years, she has been performing internationally and creating work with The Wooster Group.

Valk attended New York University’s Tisch School for the Arts where she studied with Stella Adler. Valk joined The Wooster Group in 1979, assisting the group’s director Elizabeth LeCompte on everything from making props and costumes to transcribing and editing texts. In 1981, she performed her first Wooster Group role in Route 1 & 9, a version of Thornton Wilder’s Our Town. Since that time, she has had a formative role in all of the Group’s theater productions, dance pieces, and works for film, video, and radio. Valk’s Wooster Group portrayals include performances in L.S.D. (… Just the High Points…) (1984), based on Arthur Miller’s The Crucible; Brace Up! (1991, 2003) from Chekhov’s Three Sisters; and To You, The Birdie (2002), based on Racine’s Phédre. Other highlights of her storied career with the Wooster Group include in House/Lights (1998, 2005), based on Gertrude Stein’s Dr. Faustus Lights the Lights; Eugene O’Neill’s The Emperor Jones (1993, 2006); Poor Theater (2004), Hamlet (2007, 2012); Tennessee Williams’ Vieux Carré (2011); Harold Pinter’s The Room (2016); and the Group’s most recent work A Pink Chair (In Place of a Fake Antique).

Valk’s work in dance with the Wooster Group includes works Hula (1981); For the Good Times (1982); Dances With T.V. And Mic (1998); Erase-E(x) (2004); and I am Jerome Bel (2007). Valk has performed in the Wooster Group’s collaborations with other theater groups, including Jeff Weiss & Ricardo C. Martinez, AND THAT’S HOW THE RENT GETS PAID (1984); Richard Foreman and the Ontological-Hysteric Theater, SYMPHONY OF RATS (1988) & MlSS UNlVERSAL HAPPlNESS (1985); and Richard Maxwell and New York City Players, EARLY PLAYS (2012). In addition to performing, Valk contributed as Associate Director to CRY, TROJANS! (Troilus & Cressida) (2012), the Wooster Group’s collaboration with the Royal Shakespeare Company.

Valk directed The Wooster Group’s Early Shaker Spirituals, which premiered at St. Ann’s Warehouse in Brooklyn in 2015. Valk is also the director of THE B-SIDE: “Negro Folklore from Texas State Prisons” A Record Album Interpretation, which began with rehearsals at the Performing Garage in 2016 and has continued its development with international showings in Taiwan, Korea, Taipei, Gwangju, and most recently as part of the Creative Arts Initiative at the University at Buffalo in February of this year.

Additionally, Valk and The Wooster Group have produced many video features, an opera, three radio shows for BBC-3, the film Wrong Guys (1995-1997), a CD of songs from the Group’s To You, The Birdie! (Phèdre) (2002), and the interactive video installation There Is Still Time… Brother (2007).

Valk has received an OBIE Award in 1998 for Sustained Excellence of Performance, a BESSIE Award in 2002 for her performance in To You, The Birdie! (Phèdre), and a Foundation for Contemporary Performance Art Fellowship in 2004. She was a mentor in the Rolex Mentor and Protégé Arts Initiative for 2008-2009, and was awarded a TCG/Fox Foundation Resident Actor Fellowship in the Distinguished Achievement category in 2009. 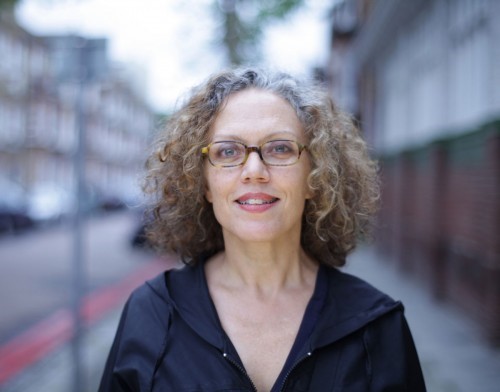