Irene Cabrera heads the Diversity & Inclusion Division of DDO Artists Agency where she represents actors for theater, film and television. Her roster of performers can be seen regularly on and off Broadway, in regional theater, in touring and international productions,  as well as television series and films.  With a passion for nurturing artists of color, she has discovered and developed breakthrough talent. Prior to joining DDO, she was a producer and artist manager with a longstanding commitment to non-traditional casting and a track record championing work that expands boundaries of race, gender and identity.

She worked with visionary writer/director/producer George C. Wolfe at The Public Theater for 14 years. She began as co-founder of The Public’s Community Affairs department, which became a nationwide model for audience development, as documented in the book Invitation to the Party. She became a key member of the producing team on countless award-winning plays and musicals, working closely with writers such as Tony Kushner, Jeanine Tesori, Suzan-Lori Parks and Nilo Cruz, and collaborating with performers including Jeffrey Wright, Dante Smith aka Mos Def, Daphne Rubin-Vega, John Ortiz, and countless others.

A native of Puerto Rico, she moved to New York City in 1984. She was named Personaje de la Semana, and Top 50 Latinas of the Year by El Diario La Prensa for her commitment to developing and producing works of artists of color.  She was also featured in Latina Magazine’s Latina Mothers in America; The Public Theater’s Women of The Public celebration; and Variety Insight’s Movers & Shakers. 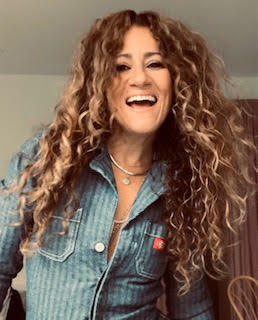