Connie Stevens (born Concetta Rosalie Ann Ingoglia; August 8, 1938) is an American actress, director, screenwriter, producer, cinematographer, editor, and singer. She known the role of “Cricket” Blake in the television series “Hawaiian Eye”. Stevens started working as a movie extra and stand-in. After she’d appeared in four B movies, Jerry Lewis saw her in Dragstrip Riot and cast her in Rock-A-Bye Baby. Soon after that, she signed a contract with Warner Brothers.
Her first album was titled Concetta. She had minor single hits with the standards “Blame It On My Youth”, “Looking For A Boy, and “Spring Is Here.”. She appeared opposite James Garner in a comedy episode of the TV Western series “Maverick” entitled “Two Tickets to Ten Strike,” and after making several appearances on the Warner Bros. hit TV series “77 Sunset Strip”, she recorded the hit novelty song “Kookie, Kookie, Lend Me Your Comb”, a duet with one of the stars of the program, Edd Byrnes, that reached #4 on the Billboard Hot 100. She and Byrnes also appeared together on ABC’s “The Pat Boone Chevy Showroom”. She had hit singles as a solo artist with “Sixteen Reasons”, her biggest hit, reaching #3 on the Billboard Hot 100, “Too Young to Go Steady”
She later starred as Wendy Conway in the television sitcom “Wendy and Me” with George Burns, who also produced the show and played an older man who watched Wendy’s exploits upstairs on the TV in his apartment.
She starred in the Broadway production of Neil Simon’s The Star-Spangled Girl with Anthony Perkins in 1966. She appeared in stage productions in summer stock, including The Wizard of Oz, Carousel Theatre, California and Any Wednesday, and Melodyland. She also was seen numerous times on the Bob Hope USO specials, including his Christmas Show from the Persian Gulf (1988). Stevens has a star on the Palm Springs Walk of Stars in Palm Springs, California, a star on the Hollywood Walk of Fame at 6249 Hollywood Boulevard in Hollywood, California, and a star on the Italian Walk of Fame in Toronto, Ontario.
On September 23, 2005, Stevens was elected secretary-treasurer of the Screen Actors’ Guild, the union’s second-highest elected position. She succeeded James Cromwell, who did not seek re-election 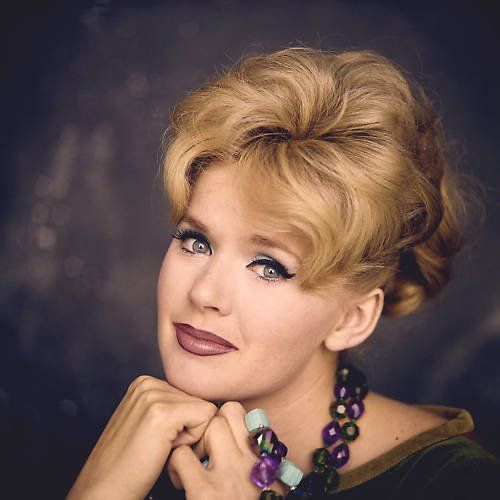