Celeste Moratti was born in Milan, Italy, where she completed her studies in Theoretical Philosophy at the Università Degli Studi; she moved to New York City in 2002, and graduated from the Stella Adler 3-year Conservatory in 2005: her voice training started at Adler under Robert Perillo and Alithea Phillips. Soon after graduation she joined Dario D’Ambrosi’s Teatro Patologico, an integrated theatre company mainly composed of actors with neurodiversities, in the roles of Company member, Assistant Director and Ensemble Coach: among her credits with Teatro Patologico are the title roles in Days of Antonio (La MaMa, NYC and Teatro Quirino, Rome) and in Euripides’ Medea, which recently capped a 8-year world tour with a performance in the U.N.’s ECOSOC chamber for the World’s Day for People with Disabilities. She coached the company in a number of productions, including their most recent NYC appearance in Titus Andronicus at La MaMa, E. T. C. She is an active member of The Living Theatre, Titan Theatre Company, ADK Shakespeare Company, The American Mime Theatre, Hyperion Theatre Company, and in 2015 she founded her own theatre ensemble, First Maria, with which she produced and directed A Midsummer Night’s Dream, Hamlet and Macbeth, all of which toured internationally to Teatro Franco Parenti in Milan, Italy after their initial US runs. Her acting film credits include Traffickers, My Mother’s Fairy Tale and L’Uomo Gallo. In 2015 she began her Voice Teacher training with Patsy Rodenburg, and she graduated as a Registered Rodenburg Teacher (RRT) in 2017. She regularly teaches workshops in Milan at Teatro Franco Parenti, and holds private and group coaching sessions in NYC. And none of this would have been possible without her phenomenal husband Duane (a proud Adler Alumni himself). 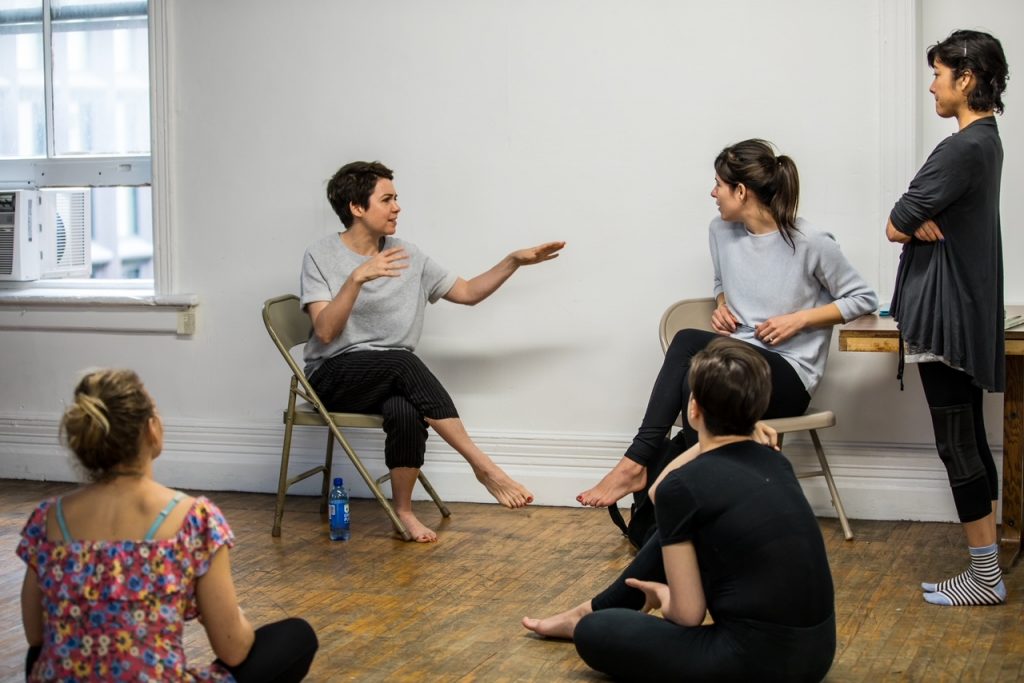