Elizabeth (Betsy) Parrish, born February 10, 1925, a titan of the American theater, one who made an indelible impact on many generations of actors, died of natural causes on Friday, December 16, 2022 at Mary Manning Walsh in New York City.


Ms. Parrish was born exactly twenty-four years to the day after her lifelong mentor and friend Stella Adler. She attended New Lincoln High School and Bennington College where she studied with Martha Graham. She began studying with Ms. Adler in 1947 and was an adopted member of the Adler family from then on.

In her 97 years Ms. Parrish accomplished so much. She was a force to be reckoned with, exuding a positive energy that uplifted all she encountered. She made her Broadway debut in the 1965 production of Pickwick. She originated the role of Jacqueline in La Cage Aux Folles and can be heard on the original Broadway cast recording. She also played the Dutch psychic Helga ten Dorp in Deathtrap for over 1000 performances. Off-Broadway credits include Little Mary Sunshine and Riverwind. Regional Theaters credits include the Williamstown Theatre Festival, Ogunquit and Cape Playhouses, The American Shakespeare Festival Theater, and the Yale Repertory Theatre. Major roles include Mrs. Malaprop, Lady Macbeth, Maddy Rooney in All That Fall, and the Dowager Mother in A Little Night Music at the Sacramento Light Opera Association.

For television Betsy played Buffy Revere in “The Edge of Night.” She was also in “Kate & Allie,” “All My Children” and “Law & Order.” Film credits include Orphans and See You in the Morning.

Ms. Parrish taught acting at Circle in the Square, The High School of Performing Arts, The Metropolitan Opera Studio, The American Academy of Dramatic Art, The Eugene O’Neill International Theatre Institute and Yale School of Drama where she taught Meryl Streep who identified Betsy’s Acting a Song class as “my favorite.”

All through this time from 1947 to the present Ms. Parrish worked at the Stella Adler Center for the Arts, under the tutelage of, then alongside Stella Adler, finally in the position of Master Teacher. Betsy counted Adler her home. She taught Ms. Adler’s foundational technique in various programs as well as Acting a Song. She also single-handedly kept alive Stella Adler’s Character class. This is a class that offers actors ways and means to tap into other people and periods, through external elements such as costumes, images and archetypes. In 2019 Betsy Parrish began grooming Elena Zucker to take over her Character class and, in the summer of 2022, taught a gifted group of young teachers in an inaugural teacher-training program, seeding the soil for next generations.

Elizabeth Parrish was also a founding member of the Harold Clurman Laboratory Theater Company. Declaring herself “constitutionally incapable of saying “no” to a role, she played in Shakespeare’s Macbeth and As You Like It, Peter Nickowitz’ Songs and Statues, Chekhov’s Uncle Vanya, Beckett’s All That Fall, and Lanford Wilson’s Hot L Baltimore.

Ever restless and always creative, Parrish was not content to wait for work and so she made her own. She created many cabarets. In 2004 she created a one-woman New York musical revue, Moments of Being, with Betsy at the Stella Adler Studio. In 2013 she teamed up with Canadian dancer and choreographer Margie Gillis O.C., C.Q., to create a piece based on the poems of  Emily Dickinson called Bulletins from Immortality directed by Paola Styron which they performed nationally and internationally. In 2019 Betsy created Every Soul’s a Cabaret with Mark Fifer Musical Director, directed by Paola Styron which performed regularly at PANGEA in New York City. This was followed in 2022 by an evening shared with Joanne Edelmann called Pat Frisk, performed by Ms. Edelmann, and Canticle for Innocent Comedians, performed by Betsy Parrish. Canticle for Innocent Comedians was complicated, nuanced half-hour cabaret that bravely faced life’s most frightening uncertainties with courage and humor.

Betsy lived passionately right up to the moment of her death. Even when walking and moving became a painful obstacle Betsy never stopped going out with beloved friends and colleagues and participating in the many cultural programs the Stella Adler Center for the Arts offers as well as student performances. She was a faithful and devoted friend to Joanne Edelmann who curates the Harold Clurman Poetry Reading Series, as well as her life long friend Rita Fredricks, a fellow student of Stella Adler. She supported Tom Oppenheim, Stella Adler’s grandson, the Center’s Artistic Director, with unending devotion and generosity.

The night before Betsy died she was surrounded by beloved friends and colleagues. She entertained us all, speaking to us of the philosopher Susanne Langer. She repeated Langer’s dictum “Art is the objectification of feeling, and the subjectification of nature” with her characteristic awe and admiration.

The outpouring of love that many students and colleagues have expressed since her passing are a small measure of how much she gave as an actor, teacher and human being.

Betsy used to inspire her students with an early exercise. She would say “ON YOUR MARK, GET SET….LIVE LIKE THAT.” Betsy, we will…

A memorial for Betsy at the studio will be announced shortly. In lieu of flowers, donations may be made to the Betsy Parrish Scholarship Fund at the Stella Adler Studio of Acting at https://ste-web.scansoftware.com/cafeweb/tapestry?service=external/DonationPage 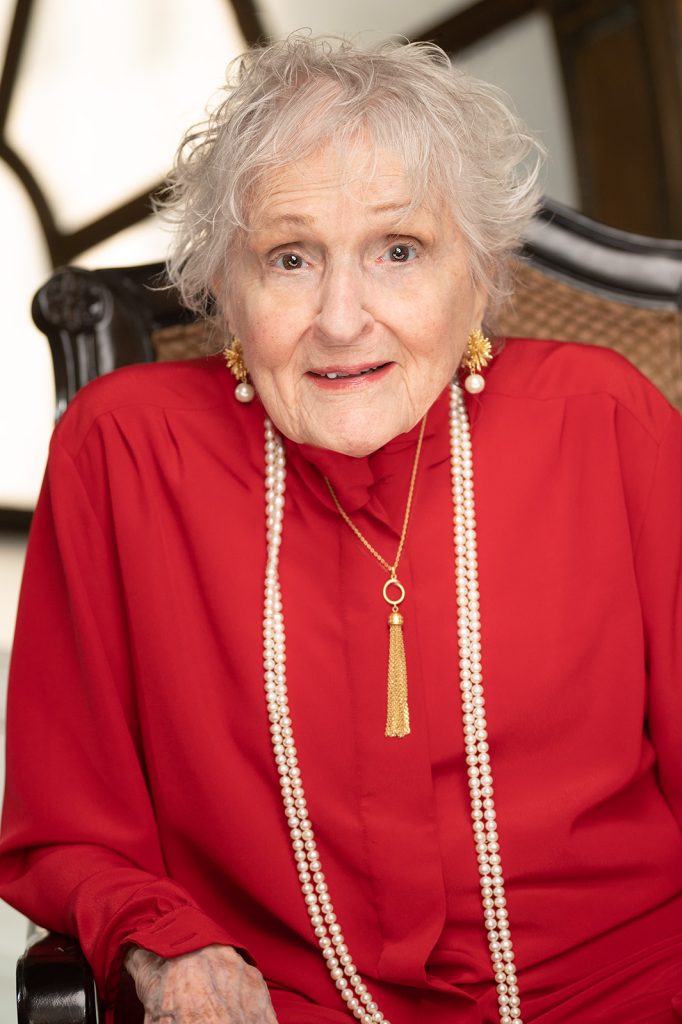