UPDATE (8/30/2021): COVID-19 vaccines will be mandated for all in-person classes at the Stella Adler Studio of Acting in New York and Art of Acting Studio in Los Angeles. Please visit the studio’s Health & Safety page for the latest updates and a list of measures the studio has taken to protect the community against COVID-19: https://stellaadler.com/about/health-safety/

Please visit the studio’s Health & Safety page for the latest updates and a list of measures the studio has taken to protect the community against COVID-19: https://stellaadler.com/about/health-safety/

The 3-Year Conservatory is the apex of all training programs at the Stella Adler Studio, with training that is equivalent to the top MFA programs in the nation. In this exclusive program students learn tools and techniques to better engage their imagination, to analyze text deeply and accurately, to create rich, specific characters, to engage the body and voice fully and to work professionally and creatively on both stage and screen. The goal of this program is to fully prepare students for both the craft and business of acting. The conservatory, accredited by the National Association of Schools of Theatre, facilitates continued growth not only as a creative artist but also as a human being. The academic year spans from September through May (January-August for the January Start Class).

The first year of the program focuses on providing students a foundation from which to grow through a firm acting technique, voice and speech work, movement and physical exploration, as well as contemporary and classical scene work. Students will develop a facile and responsive body, a strong and clear voice, and clear understanding of the studio’s technique.
Classes: Acting Technique, Contemporary Scene Study, Improvisation, Alignment/Sourcework, Script Interpretation, Character, Shakespeare, Voice and Speech, Neutral Mask, Classical Scene Study

The second year concentrates on applying the tools learned in the first year through intense contemporary and classical scene work, with continued voice and speech work and an exploration of physical acting. Students begin performance through a language project, finally culminating in a performance presentation of a classical play in rehearsal format. Also throughout this year students begin preparing for the profession through auditions, working with industry professionals, and learning how to produce self-generated work.
Classes: Classical Scene Study, Voice and Speech, Contemporary Scene Study, Physical Acting, On-Camera Master Class, Movement for Actors, Script Interpretation, Audition Preparation, Acting Technique, Self Generated Theatre

The final year consists of the creation of an original movement- oriented piece followed by three performances of plays—one classical and two contemporary. Additionally, students will perform a 60-minute version of a classical play that will tour NYC schools. Students will also have master classes in stage combat, taught by renowned fight director J. Steven White, and on preparing for the acting profession with Emmy Nominated Casting Director Todd Thaler. This is followed by industry meetings, assistance in creating a website & reel, and an opportunity to audition for the showcase.
Classes: Business of Acting, Classical Workshop, Voice Language & Text, Physical Acting, Stage Combat, Special Guest Master Class, Acting Technique for Film

Admission is by interview and audition. Applicants must be 18 years of age or older, and must submit the following:

The audition should consist of a performance of two contrasting monologues: one classical (a play written before 1800) and one contemporary/realism (from a published play), no longer than 90 seconds each. Screenplays or teleplays will not be accepted. Monologues must be memorized. Auditions will be held live over Zoom. If the candidate’s living environment is not conducive to a live audition, recorded audition videos may be accepted as an alternative. However, live auditions are strongly encouraged. After the interview and audition have taken place, applicants will be notified if they are invited to the final callback auditions. 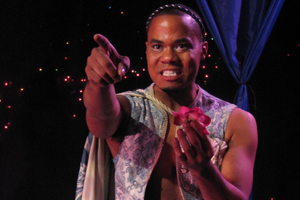