The studio is honored and humbled that American Theatre Magazine chose to feature the Stella Adler Rikers Island Project on the cover of their January 2015 cover. Read more about this program in the American Theatre article “14 Theatrical Plans to Change the World”: http://www.americantheatre.org/2014/12/11/14-theatrical-plans-to-change-the-world/ 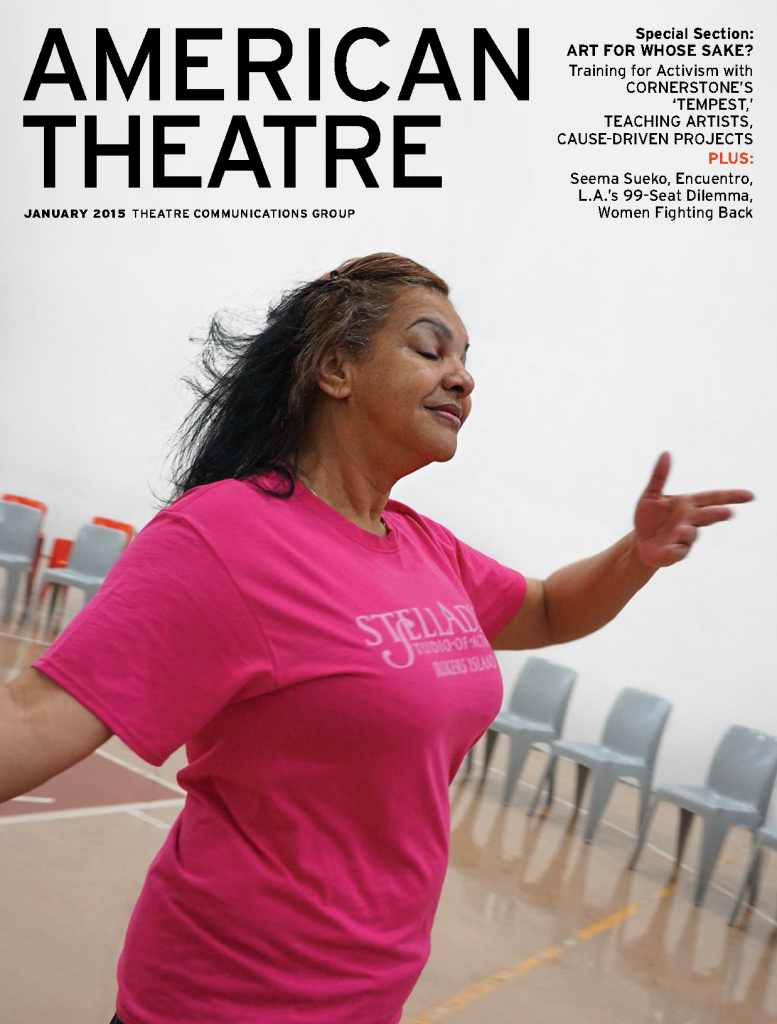